» Daily Declarations Of The Earth.

» Expect The Best From Allah Ta'ala.

Visting places where the Athaab of Allah Subhana wat'aala has descended

Visting places where the Athaab of Allah Subhana wat'aala has descended

QUESTION
Muslim tourists are nowadays visiting the Dead Sea holiday resorts—the region where the nation of Nabi Loot (alayhis salaam) was destroyed by Allah’s punishment. What is the Shariah’s view regarding touring such places of punishment?

ANSWER
Once Rasulullah (sallallahu alayhi wasallam) with a group of Sahaabah unknowingly set up camp in one such place of Athaab. Jibraeel (alayhis salaam) appeared and informed Nabi (sallallahu alayhi wasallam) of the location in which he had encamped. Rasulullah (sallallahu alayhi wasallam) issued instructions to immediately move on. The food which was prepared with the water of that place was spilt. Those who had made wudhu with the water were later ordered to renew their wudhu. They departed from the accursed place in haste and with fear. The Hadith in Bukhaari Shareef states: “Ibn Umar narrated that when Nabi (sallallahu alayhi wasallam) passed (with a group of Sahaabah) the region of Hijr (where the inhabitants were utterly destroyed with Allah’s Athaab), he said: ’Do not enter the homes (there were still some ruins left) of those who had committed injustice to themselves, for perhaps that (punishment) which had befallen them may befall you, except (if you have to enter, then enter the place) crying.’ Then (i.e. after so saying), he covered his head and moved with speed until they had passed the valley (of Athaab).” In another Hadith Rasulullah (sallallahu alayhi wasallam) forbade the Sahaabah from drinking the water of the place of punishment. Hadhrat Ali (radhiyallahu anhu) forbade performance of Salaat in that region of Baabel (Babylon) which was destroyed by an earthquake (Allah’s Athaab). Hakimul Ummat, Maulana Ashraf Ali Thanvi, commenting on this Hadith said: There is Noor in places of obedience and ibaadat. This noor engenders obedience. In the same way there is zulmat (spiritual darkness) in places of sin, and this zulmat engenders sin. Such places are instrumental in producing qasaawat (hardness of heart), ghaflat (obliviousness) and ma’siyat (sin). The incidence of punishment is thus possible….”

It is haraam to visit and tour such accursed places for ‘enjoyment’ and ‘pleasure’. This is the actual purpose for touring these vile places. The curse and evil of these places have been augmented by the haraam holiday resorts established by the kuffaar. It is in fact negatory of Imaan for a Muslim to sit and enjoy himself/herself in the restaurants, hotels, food, pleasures, etc. which have been arranged in these accursed places which Allah Ta’ala has destroyed with His punishment. It is not permissible to drink the water and consume the food of such accursed regions of Divine Punishment. 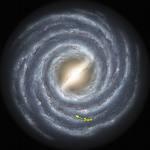